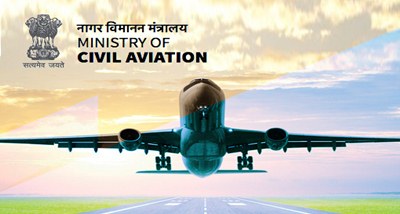 In our Special Series Year ender-2020, today we bring you a report on initiatives by the Civil Aviation Ministry for affordable regional connectivity. Government took a number of initiatives in 2020 for the aviation sector. In January last year, the Fuel Throughput charge was rationalized. The proposal to bring Air Turbine Fuel under the ambit of GST is before the GST Council which has representation from the States as well. Our correspondent takes a look at the initiatives including UDAN scheme which was launched for affordable regional connectivity and how they proved of great help during the pandemic.

During COVID lockdown, Lifeline Udan transported experts and equipment to every corner of the country. About 600 flights, flew more than 5 lakh kilometers, and transported about 1000 tons of essential cargo. They delivered testing kits and medical equipment to remote locations. Civil Aviation Minister Hardeep Singh Puri says, the comprehensive measures  taken by Prime Minister Narendra Modi saved the country from suffering the consequences of COVID 19 pandemic.

A total of 766 Routes were awarded after 4 rounds of bidding under UDAN out of which more than 284 Routes have been operationalized connecting 105 airports. North East Region, Hilly States and Islands have been given priority in the approval process for the new routes.

50 UDAN Airports were developed and operationalized in 3 years as against 76 airports before. Over 4.8 million passengers have already benefited from the scheme. 30 States and UTs have signed MoUs as partners in the Scheme and offered concessions and incentives.UDAN scheme has established the importance of travelling by air for common man especially to far flung areas because distances are immaterial if wings have power.